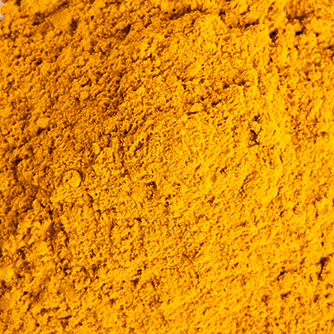 One of the most potent anti-inflammatory substances present in nature, promoting a healthy digestion and immune function.

A powerful and tasty antioxidant with cooling and diuretic properties.

Pet: dog Product: Immuno Active Your story: Hi all !!! I'am giving this review for the Forza10 IMMUNO ACTIVE formula, the one that has the white rice as opposed to potatoes, anyway, I always taste my dog's food to see if it is good and this food is really good.....oh yeah, and the dogs LOVE it, they have not itched on it, that is the best part and the fact that it does not contain any peas, beans, legumes or alfalfa or flax or any of the other crap that is always put into pet foods, this food actually stands alone along with Ziwi Peak because they are different and not a "run of the mill food", I thank the Doctor that formulated the foods, hopefully I will always be able to afford this for my 3 much-loved dogs.

Loading...
Was this helpful?
WN
William N. Reviewed by William N.
I recommend this product
Rated 5 out of 5

Immuno Active for Shasha and her skin infections

Pet: dog Gender: female Disorders: skin infections Product: Immuno Active Review My name is William and I am the father of an 8 years old Shih Tzu named Sasha. Before Forza10 products, Sasha was having dermatitis, skin infections, and a very dry coat. I decided to buy Forza10 product called Immuno active and it was life changing. This product not only helped Sasha with her skin problems but also helped a lot with her stomach issues. Sasha has been on this food for the past two years and is more healthy than ever. She has a beautiful coat and her stomach problems are gone. Thank you for making such incredible products. William

Loading...
Was this helpful?
AR
Anne R. Reviewed by Anne R.
I recommend this product
Rated 5 out of 5

Immuno Active: It's a pleasure not to have him suffering from all the skin ailments

Animal: dog Gender: male Age: 14 Disorder: allergies Product: Forza10 Immuno Your story: Just wanted you to see a picture of our beloved schnauzer, Scottie-He is 14 now, and was plagued by allergies from birth. We went to one vet after another, but finally got him on your Immuno formula a few years ago after recommendations from Helen at Pet Poodle. He is truly a new animal-it has made such a difference in his life. He loves the food (and every pet that visits our house loves it too !) It is a pleasure not to have him suffering from all the skin ailments that he had for such a long time. Thank you for a remarkable product.

Loading...
Was this helpful?
ML
Marissa L. Reviewed by Marissa L.
I recommend this product
Rated 5 out of 5

Sergio Canello suggested us to feed Beryl Forza10 Immuno Active. These kibbles are an effective diet that helps boosting the immune system of dogs. We noticed that ,after only 20 days feeding Beryl Immuno Active, she’s been reborn! As the days went on, she has regained new energy and her face has also improved.

Today, almost four months later, she is ok, even if improvements on her face have stopped for now. She has suffered paw problems twice and for few hours only. She wants to play, run, sniff… We are positive! We think that this stationary phase is normal after big initial improvements. The most important thing is that she’s ok!!

Loading...
Was this helpful?
AB
Angelli B. Reviewed by Angelli B.
I recommend this product
Rated 5 out of 5

Loading...
Was this helpful?
Use left/right arrows to navigate the slideshow or swipe left/right if using a mobile device